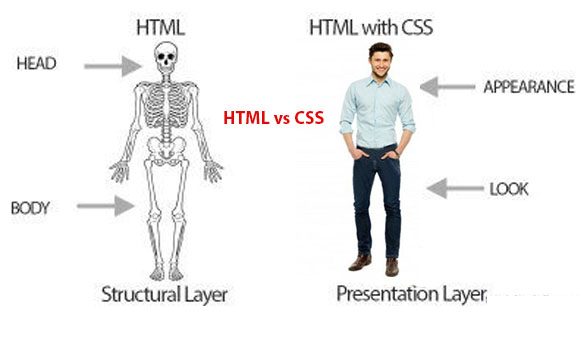 HTML is like a newspaper layout but for websites. A layout is a grid system for us to place content. Instead of using pen and paper to draw the grid, we follow HTML’s standards to define the grid.

Cool, so HTML is just a layout, what’s CSS?

Together, HTML & CSS define your website’s look and feel.

Are they hard? Not really.

HTML stands for Hypertext Markup Language, a standard markup language for creating web pages and web applications. HTML is a markup language that web browsers use to interpret and compose text, images, and other material into visual or audible web pages. In 1995, IETF created an HTML Working Group, which completed “HTML 2.0”, the first HTML specification intended to be treated as a standard against which future implementations should be based.

CSS stands for Cascading Style Sheets, a style sheet language used for describing the presentation of a document written in a markup language like HTML. Separation of formatting and content also makes it feasible to present the same markup page in different styles for different rendering methods. CSS has a simple syntax and uses a number of English keywords to specify the names of various style properties.

HTML and CSS, alongside JavaScript, are a cornerstone technology of the internet.

Different CSS can create drastically different looking websites even when the HTML stays the same.